Bitcoin, from the start, has dominated the crypto world since its inception. It takes the lead in value and crypto adoption. Even though successful, it comes with its share of challenges. This has led to the rise of altcoins looking to solve the issues. Nano is one of such coins.

This guide has everything you need to know about Nano.

If you have ever heard of Raiblocks, then you have heard of Nano. The project started as Raiblocks before rebranding to Nano. This was to make it less technical and easy to understand by the masses.

Nano is a decentralized and sustainable next-generation cryptocurrency looking to solve the inefficiencies of existing cryptos.

Nano solves the scalability and transaction speeds through directed acyclic graph (DAG) technology and block-lattice architecture. This is different from the other cryptos that use blockchain technology.

The delegated proof-of-stake also comes with unlimited scalability, instantaneous transactions, and no fees.

How Does Nano Work?

Nano is all about decentralization. The DAG technology and block-lattice architecture allow every transaction in its blockchain. The individual blockchain processing the transaction means there is no need for consensus protocol and agreements. This makes the transaction process as fast.

Unlike other blockchains that keep track of transacted amounts, the Nano system only record balances. It thus requires a smaller storage space. Only the blockchain owner can update the blockchain, which it then displays to the network.

The single blockchain allows the project to focus on what matters the most, scalability. The blockchain itself can handle the security while the team focuses on providing the fastest transactions in the crypto world.

The dPoS consensus does not involve mining. This allows it to offer free transactions. The system instead relies on representative nodes to verify block signatures.

The lack of transaction fees makes the system susceptible to spams and attacks. That is where the proof-of-work (PoW) comes in. The network uses it as an anti-spam by reducing the storage needs for every transaction. It also reduces the transaction time.

With spams needing time to process, the network identifies them fast. The spams also require more computing power than regular transactions. It's what makes the system secure.

Nano is planning to introduce a new version of the PoW that comes with no authentication needed. It minimizes proof size and verification resources. The new PoW also comes with simple specifications while maximizing generation time-area-product. This, in the end, reduces power consumption.

Even though Nano sets itself apart with groundbreaking technology, it has similar uses to the other cryptos. It's aiming to decentralize financial transactions and ensure access to everyone. This it does based on its fast and fee-less transactions.

Nano is majorly used as a digital currency more than it is used for fueling smart contracts. It is more like Bitcoin than Ethereum in its application.

As such, Nano is useful for various transactions like micropayments for online shopping and subscriptions. It is also great for cross-border payments, while some businesses also accept it as a payment method. Crypto traders can also use it as a trading pair due to its fast and fee-less transactions.

Pros and Cons of Nano

Nano was founded and run by a team of experts in the technological world. The founder is Coilin Lemahieu, who started Raiblocks in 2014. He started it as a part-time venture before eventually going into it full-time in 2017. He had grown so much passion about technology in that period.

Colin is a computer science degree holder who has worked with several top companies like Dell, Qualcomm, and AMD. He also has an interest in space technology, environmental sustainability, and physics.

The Nano team has a total of 14 members with diverse backgrounds. They manage the different aspects of developments, finance, communication, and community.

It took a short while for Nano to develop a strong following. This was especially due to its price valuation increase. The project is always looking for a way to become accessible to its community. For this, it has a vibrant social media approach.

Nano's main communication channel is through its medium page. This is where it provides updates on protocol and features improvements.

The project is also active on social media, with a huge following on Reddit. The community is engaged with several updates and threads. The same is with Twitter, where it updates users on various project-related developments.

For a long time, Nano has only been about technology. That the project would speak for itself. It, though, seems that won't work in the competitive crypto world. For that, the team has reevaluated its roadmap.

The project is looking to get in more community managers to help in building global awareness. They are also looking to make their website and whitepaper accessible in multiple languages. This will make it more accessible to a wider audience.

Nano is also after making it easier for merchants to adopt the currency. They are considering making it easier to purchase using other fiat currencies. Once these ideas come in place, Nano will be the coin to beat.

Understanding the price movements of Nano is quite easy; it follows a similar pattern to that of the wider crypto market. A boom in Bitcoin sees it increase while a decline sees it lose value.

The price of Nano at the time of writing is $5.83. These are some good prices given its historical price movements. The highest ever value was in 2018 during the crypto boom.

It then went down when the boom busted. It has of late been on the regions of less than $2. The future price performance depends on its technological advancements and marketing.

The several benefits that come with trading Nano make it an ideal asset. As a popular cryptocurrency, it is available in most crypto exchanges. Look for a legitimate exchange that comes with the needed speed and security.

Some of the exchanges with Nano include Binance, Kraken, KuCoin, and Huobi. The platforms allow you to create an account and deposit cryptocurrencies. These you can then use to purchase Nano.

Having a secure wallet also comes in handy when investing in Nano. The top quality to look for in a wallet is security.

Like several other projects, Nano provides for a designated wallet. It is a safe and open-source wallet with global access. Still, you can opt for other hardware wallets with assured security.

BitGreen is all about making a positive impact. It was launched in 2017 as an alternative to the energy-intensive Bitcoin. It eliminates the proof of work consensus and instead uses its propriety protocol.
It encourages its users to identify and act in impact opportunities. They then get rewarded through BITG. All the holders are part of the BitGreen community and work together to identify projects.

Ripple (XRP) is one of the fastest and most scalable cryptocurrencies. The project is revolutionizing cross-border transactions. It has already partnered with several banks and traditional financial institutions to help in fulfilling transactions.

Unlike the other cryptos that want to eliminate fiat currencies, XRP is all about collaboration. It enables real-time global payments all over the world.

NEM is a unique crypto that looks to optimize blockchain platforms. It works with smart digital assets all across blockchain technology. NEM comes with groundbreaking features like a smart asset system, consensus algorithm, and proof of Importance.

Even though thousands of cryptos are available, most will not survive. Only about 5% will remain in the long run. The concern is, will Nano be among the surviving ones?

Nano comes with a strong technological foundation. It comes with a unique system to ensure fast and feeless transactions. It also concurs with the other crypto challenges of scalability and decentralization issues.

The only concern Nano must address in the future is business growth. The project has a low adoption rate and market penetration.

Nano team has a weak approach towards marketing. They do not deploy any extensive marketing like the other projects. The currency has thus been growing based on spreading by word of mouth. The team believes in building a technology that would attract users on its own.

The superior technology gives Nano a shot at a bright future. It, however, has to improve on the marketing. It is already competing with other top projects looking to provide the same services.

Nano is an advancement in the crypto world. It is a way through which the sector deals with scalability and slow transaction issues. It is also simple and easy to use.

The only concern is the laid-back approach towards marketing and adoption. The team will have to improve to reach the global markets. 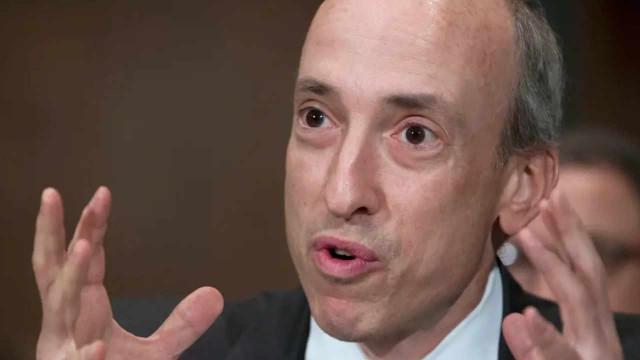 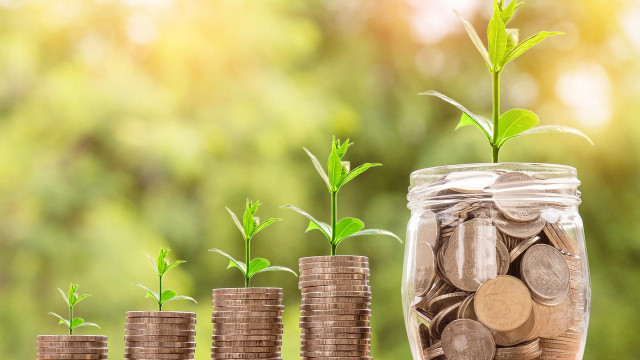 Compound [COMP]: With a 103% rally to its credit, here´s how the token still manages to disappoint many 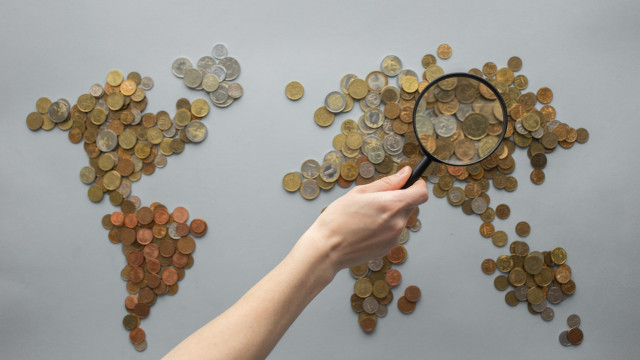 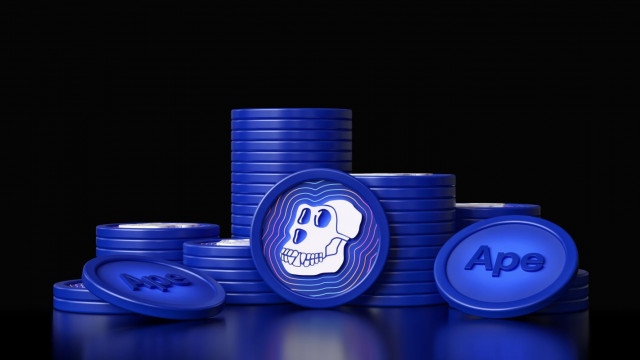 Why ApeCoin Was Roaring on Sunday 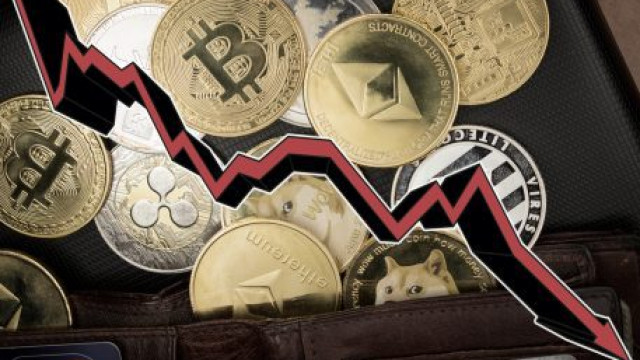